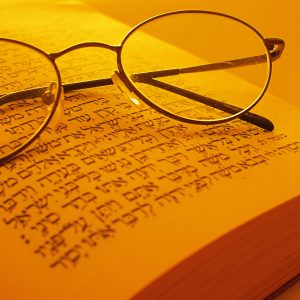 In the Book of Leviticus, Torah students get an opportunity to mainly study the sacrificial system, which was formally instituted, to cover the transgressions of human sin. The Ancient Israelites in the desert have just completed the construction of the Tabernacle, and have witnessed God’s glory descend upon the structure. The weight of His presence was so intense, that Moses was not able to enter the Tent of Meeting in order to communicate directly with the Almighty (Exodus 40:34-35).

At the end of the Book of Exodus, Moses’ credibility with the people of Israel was at its pinnacle. The instructions on how to build the Tabernacle, its furniture, and the elements needed for the priesthood, were followed to precision. The result had to be an awesome sight, to these former Egyptian slaves, who were privileged to participate in the construction projects. From a distance, they were all eyewitnesses to the pillar of fire and cloud that was guiding them by night and day.

The main theme of the Book of Leviticus, easily seen from a survey of the text, is that it details the intricacies of the priesthood and sacrificial system, which are to regulate Israel’s national life. Without any significant interruption, it appears that the Holy One, from His new location in the midst of the community, began to address the need for individual atonement for the sins of the people:

“Then the LORD called to Moses and spoke to him from the tent of meeting, saying, ‘Speak to the sons of Israel and say to them, “When any man of you brings an offering to the LORD, you shall bring your offering of animals from the herd or the flock. If his offering is a burnt offering from the herd, he shall offer it, a male without defect; he shall offer it at the doorway of the tent of meeting, that he may be accepted before the LORD. He shall lay his hand on the head of the burnt offering, that it may be accepted for him to make atonement on his behalf.” He shall slay the young bull before the LORD; and Aaron’s sons the priests shall offer up the blood and sprinkle the blood around on the altar that is at the doorway of the tent of meeting’” (Leviticus 1:1-4).

In these opening verses of Vayikra, we discover that the sacrifices for transgressions are a very personal thing. The one who was guilty of a sin offense was to place his hands on the head of the animal, to transfer his personal guilt to the offering. The animal was then to be personally slayed by the sinner, and Aaron and his sons were to take the blood and disperse it in the appropriate places.

Can you imagine the impact this ceremony would have on you, if you were required to participate in this ritual? If you have ever slaughtered an animal—which the great majority of modern-day people have never done—you might have some understanding of the significance of what was mandatory. But can you visualize actually placing your hands on an innocent animal’s head, with the knowledge that your transgression has required a blood atonement, that (temporarily) returns you to a right relationship with your Creator?

Many of these thoughts are difficult to fathom, but as you read through the Book of Leviticus, the variety of offerings and their significance for the array of sins of commission and sins of omission, can be overwhelming. It is understandable that many, especially in the past two millennia since the destruction of the Second Temple, have had a tendency to not really comprehend what is being communicated in the Torah about sacrifices. In the post-resurrection era, after all, final atonement for sins has been accomplished in the sacrifice of Yeshua the Messiah (Hebrews 9:28; 10:10). The propensity for Believers to focus on His atoning work can help us understand why there has not been a great deal of Christian examination of Leviticus. The ability to personalize the gravity of sin and what was required to restore a right relationship with God has been mitigated. Many just claim the “blood of Yeshua” when they transgress God’s Instruction, if they are aware of such commandments.

If we are mature Bible readers, then Torah students should be able to properly value the sacrificial instructions of Moses’ Teaching—even with salvation history having moved forward, with a permanent sacrifice for human sins available.

Having a greater, conscious awareness of what God defines as sin—is one of the primary reasons why the Lord is inspiring many people to return to a foundational understanding of their faith, through a consistent study of the Torah of Moses. For by actually reading through something like Vayikra this week, and meditating upon the sins that require atonement, a man or woman should certainly be able to analyze areas of his or her life where some “fine tuning” would be appropriate. For who among us is not personally guilty of various sins of commission or omission at times? Consider the following words of the Apostle John:

Some have been known to describe 1 John 1:8-10 as a kind of “Christian confessional bar of soap.” If people can acknowledge themselves as fallen sinners, then they can know that they need redemption—something that God is surely faithful to provide! A little further on in the Epistle of 1 John, the Apostle goes on to describe some of the benefits of a true salvation experience for those who have become the children of God:

“See how great a love the Father has bestowed on us, that we would be called children of God; and such we are. For this reason the world does not know us, because it did not know Him. Beloved, now we are children of God, and it has not appeared as yet what we will be. We know that when He appears, we will be like Him, because we will see Him just as He is. And everyone who has this hope fixed on Him purifies himself, just as He is pure. Everyone who practices sin also practices lawlessness; and sin is lawlessness. You know that He appeared in order to take away sins; and in Him there is no sin. No one who abides in Him sins; no one who sins has seen Him or knows Him. Little children, make sure no one deceives you; the one who practices righteousness is righteous, just as He is righteous; the one who practices sin is of the devil; for the devil has sinned from the beginning. The Son of God appeared for this purpose, to destroy the works of the devil. No one who is born of God practices sin, because His seed abides in him; and he cannot sin, because he is born of God. By this the children of God and the children of the devil are obvious: anyone who does not practice righteousness is not of God, nor the one who does not love his brother” (1 John 3:1-10).

We are found to be in Him and abiding in Him—with everything about who we are as people focused on and around the Lord—then we will not sin. The problem is that in our spiritual journey, the sanctification process is not often something instantaneous. We must each learn to abide more and more in Him, and pressing into the Lord must be exercised by our free will and desire to mature.

Where do you stand in the Lord today? Take this one example from Vayikra as a starter in your personal, confessional appraisal:

“Now if a person sins after he hears a public adjuration to testify when he is a witness, whether he has seen or otherwise known, if he does not tell it, then he will bear his guilt” (Leviticus 5:1).

Have you ever been in a predicament where you were a primary eyewitness to some sinful circumstances that were being investigated or adjudicated by some authority? This could be a civil or criminal offense, from a minor misdemeanor to felony. Perhaps you did not want to be involved in the investigation or prosecution, because of your relationship to the offender. Or perhaps you were concerned about your potential loss of time. Nevertheless, for a variety of reasons, you might have justified your decision to disobey this command. On the other hand, by thinking and meditating on many of the different implications from this Torah commandment, you could hopefully become a better corporate citizen to the community where you live—especially when you realize that if you do not come forward as a credible eyewitness, then you will bear the guilt of the offender! Think about this.

But what if you are an employee at a company, and you witness some people stealing some of the company pens and paper for their own personal use? What if the owner of the company asks all the employees to report any known offenders? Are you going to come to the employer and report what you have witnessed? Or are you going to remain silent and bear the guilt of the offender?

On a spiritual level when we witness fellow Believers in sin, there is an admonition that allows us to deal with our brethren in love. In his closing word in his epistle, James gives us a strong encouragement to go to a brother or sister, turning them back to the truth:

“My brethren, if any among you strays from the truth and one turns him back, let him know that he who turns a sinner from the error of his way will save his soul from death and will cover a multitude of sins” (James 5:19-20).

This strongly parallels some teaching of Yeshua, in terms of approaching someone about a sin committed:

“If your brother sins, go and show him his fault in private; if he listens to you, you have won your brother. But if he does not listen to you, take one or two more with you, so that BY THE MOUTH OF TWO OR THREE WITNESSES EVERY FACT MAY BE CONFIRMED [Deuteronomy 19:15]. If he refuses to listen to them, tell it to the assembly; and if he refuses to listen even to the assembly, let him be to you as a Gentile and a tax collector” (Matthew 18:15-17).

The problem we face, on all of these levels throughout the world, is that most people do not know the ramifications of just this one Torah commandment (Leviticus 5:1). If we understood that the guilt of our lack of performance to testify for the society or company or spiritual groups when we have personal first hand knowledge of offenses falls upon us, then perhaps we would follow the instructions. In so doing, our culture would improve as offenders are duly prosecuted. Companies would avoid the loss of assets from internal theft. Congregations and assemblies would function more righteously, as the “sin in the camp” is properly addressed. Most importantly, those who refuse to confront flagrant sin, that they have personal knowledge about, would not be burdened with the guilt that should rest upon the offender, rather than the one who keeps silent.

If you take the time to reflect on all of the different offerings in our Torah portion, I am confident that you will be able to identify with some of the different sins of commission or omission. Let the indwelling Spirit convict you of where you need to confess, repent, and be restored by His grace. The Holy One of Israel is still building a kingdom of priests and a holy nation (Exodus 19:6), to bring light to all the nations of the Earth (Isaiah 42:6). If you are one of the called out ones, chosen to represent Him in this generation, then it is your responsibility to be holy, because the Lord God is holy (Leviticus 19:2). Do not take this responsibility lightly!

This teaching has been excerpted from Torahscope, Volume III by William Mark Huey.