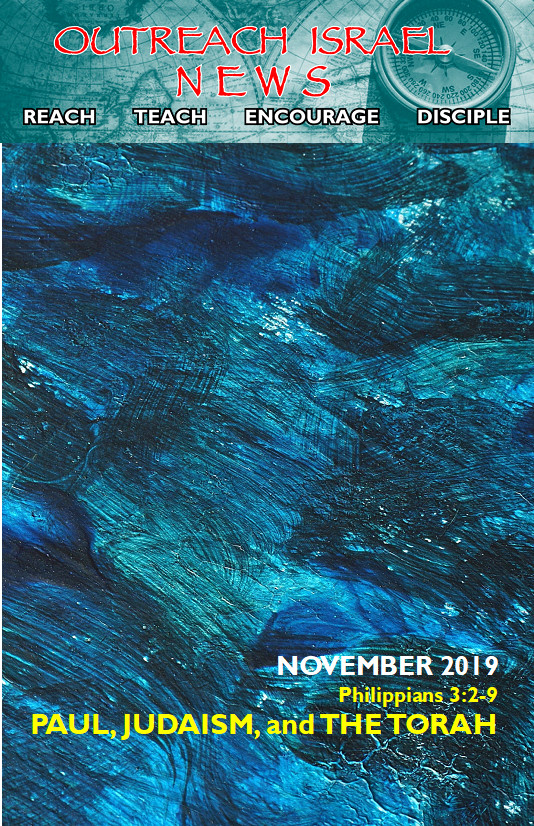 For millennia, historians, theologians, and demographers have debated and discussed the concept of “generations,” and how cohorts of people traveled through time and influenced their respective cultures throughout the world. This subject is fascinating, particularly if one is at all concerned about their specific individual ancestry, or how and why they even exist. Personally, I know that those incessant questions in my mind, to a God I inherently knew created the world where I live, were instrumental in drawing me to the walk of faith I now pursue. Praise the Holy One for His faithfulness to those who seek Him and implore Him for the answers that only He can communicate to searching souls, such as the words spoken to the Israelites and Solomon:

“But from there you will seek the LORD your God, and you will find Him if you search for Him with all your heart and all your soul” (Deuteronomy 4:29, NASU).

“As for you, my son Solomon, know the God of your father, and serve Him with a whole heart and a willing mind; for the LORD searches all hearts, and understands every intent of the thoughts. If you seek Him, He will let you find Him; but if you forsake Him, He will reject you forever” (1 Chronicles 28:9, NASU).

From a purely logical perspective, when quietly searching our hearts and minds for revelation about our corporeal existence, according to the Scriptures—it is incumbent upon humanity to ask, seek, and knock on Heaven’s door (Matthew 7:7) in order to receive, find, and ultimately have the understanding that there is a Creator God who lovingly wants to reveal Himself to everyone.

With that said, Margaret, John, and I were privileged to participate in the Messianic Leadership Roundtable (MLR) this month, where we interacted with a variety of Messianic Jewish leaders from a variety of backgrounds, representing multiple generations. However, as non-Jews, with a very different theological upbringing and lengthy American heritages, we engaged in several dialogues with the subject of how the Messianic Jewish community of faith is going to transition from the “pioneer” phase to the “building” phase, in order to fulfill God’s mission to ultimately see all Israel saved (Romans 11:26). After all, since as non-Jews we are entering our twenty-fifth year among those called to be a vanguard for the prophesied spiritual restoration of Israel, we have the advantage of being fairly objective in our observations of what has occurred over the past several decades and what needs to happen in the years ahead.

Interestingly, since in recent months I have been to two reunions of high school and college classmates, and also made aware of my family’s history from northern Kentucky dating back to the 1700s, my daily reading of the Proverbs has had this passage reverberating in my spirit:

In this proverb, four generations (perhaps successive) do not indicate a very positive reflection on humankind, as the innate sinful nature seems to predominate. Then in my personal analysis of my previous four ancestors, I wondered if there were some parallels. While I did not know my great, great, grandfather, or great grandfather, I have discovered from family records that when ancestors are primarily named for Biblical characters like Samuel, Ezekiel, John, Thomas, Joseph, James, and figures like John Wesley, John Calvin, and even George Washington (my great-great-grandfather), there was certainly a genuine respect for the Bible and even American patriotism. Consequently, I concluded that based on the fruit of my great grandfather, who was president of the Southern Baptist Convention in Kentucky and ran an orphanage for the last forty years of his life, perhaps the blessings of my fathers has been passed down to me in my generation. Maybe, despite the proverb’s description of wicked generations, like every generation which has existed, perhaps down through the centuries like today, there has always been a remnant of godly people, who are receiving God’s blessings by honoring their parents, as stated in the Third and Fifth commandments:

“You shall not worship them or serve them; for I, the LORD your God, am a jealous God, visiting the iniquity of the fathers on the children, on the third and the fourth generations of those who hate Me, but showing lovingkindness to thousands, to those who love Me and keep My commandments” (Exodus 20:5-6, NASU).

“Honor your father and your mother, that your days may be prolonged in the land which the LORD your God gives you” (Exodus 20:12, NASU).

For whatever reasons, attempting to analyze my ancestors’ sojourns from Europe to America because of religious persecution (like many Jewish people), allows me to identify somewhat with the Jewish experience. For most assuredly, the Holy One of Israel allowed the North American continent to be somewhat of a safe haven for those seeking freedom from those oppressive powers who wanted the “people of the Book” to perish, so they could control and dominate the world for their own progeny.

Nevertheless, returning to the subject of generational transition, I was reminded of some instructions from the Torah which succinctly describes the timeframe established for the Levitical priesthood and their service to the Holy One. However, since this is a very complicated subject with all kinds of interpretations, I first focused on this elementary declaration found in Numbers 8, where Moses is describing the specific functions of the Levites:

“Now the LORD spoke to Moses, saying, ‘This is what applies to the Levites: from twenty-five years old and upward they shall enter to perform service in the work of the tent of meeting. But at the age of fifty years they shall retire from service in the work and not work any more. They may, however, assist their brothers in the tent of meeting, to keep an obligation; but they themselves shall do no work. Thus you shall deal with the Levites concerning their obligations’” (Numbers 8:23-26, NASU).

While this description seems straight forward, when you peruse Numbers 4, the various clans of the Levites are given specific duties and tasks for the men aged 30-50. Hence, there are some interpretations that I have not taken the time to investigate. But for the purpose of this article, suffice it to say that by the time a minister of God reaches the age of fifty, he or she should be at the stage in life where the bulk of the work should be primarily in an advisory capacity to those charged with carrying on the responsibilities of ministry to the Body of Messiah. Lamentably from our observation, that does not happen with regularity. After all, when a minister of God reaches fifty years of age, one is often considered to be in the “prime years” of ministry. This is when all the years of work to build a congregation or ministry should be at its pinnacle of success, if the Lord is pleased with one’s work. Quite naturally, it is difficult for these seasoned saints to relinquish leadership roles and hand it off to younger people, who are chomping at the bit to take the reins of leadership responsibility.

So in a number of conversations at the MLR with my “Baby Boomer” peers who have been used by God to establish Messianic Jewish congregations around the world, I asked them if they have identified a successor and groomed that person to handle the role of rabbi or leader of their life’s work to establish a congregation. Inevitably the answer was “No” or “Possibly,” with a visible grimace that they know down deep in their souls that they need to do this for the health of their congregants going forward. But the problem is this: just about every one of the older congregational leaders were uniquely gifted by the Holy One to be “pioneers” in this end-time move of God during the 1970-1990s to establish Messianic Jewish congregations. This was accomplished in order for “safe harbor” outreaches to be formed, to reach out to their fellow Jewish families, friends, acquaintances, and neighbors with a clear presentation of the claims of Messiah, without the historically (from a Jewish perspective) offensive “Christian” distractions that prevail in typical church settings. Pioneering rabbis and their wives had to be supernaturally gifted to overcome not only the slings and arrows from family members, but also the prevailing ecclesiastical community. After all, is there anything wrong when a Jewish person comes to faith in the Messiah Yeshua and joins a plethora of choices adhering to the Christian faith? Well, of course not. But what the Almighty wants to do and has done through the Messianic Jewish community of faith is to strategically use it to reach an even broader array of Jews from secular, agnostic, atheistic, Reformed, Conservative, and yes, even Orthodox backgrounds. Providentially, the regathering of Jewish people to the Land of Israel from places like the former Soviet Union, Europe, North America, and other enclaves from whence they have been scattered, has been used by the Holy Spirit to bring just enough discomfort to the soul that the claims of Yeshua have penetrated the soul and brought untold thousands into the believing fold.

Now that the numbers of Jewish Believers are increasing almost exponentially around the world, the acceptance of Jews, even in Israel, who believe Yeshua is the Messiah, is rapidly becoming less offensive to the younger generation of Israeli citizens. However, as this growth continues, the average age of Believers continues to decrease, as many younger people are coming to faith. While this is exciting to note, it continues to be a challenge to the “pioneer” generation, who by now (almost 2020), need to seriously consider passing along leadership roles to the “builder” generation which can advance the cause upon the incredible foundation that has been laid. Of course, if that is not successfuly achieved, then a repeat of the forty-year cycles found in the Book of Judges may have an opportunity to reoccur. Consequently, it is our fervent prayer that the Holy Spirit will intervene in the hearts of those chosen to be significant participants in the restoration of Israel on whatever level, and that they would benefit from the examples found in the Holy Scriptures where the transition to new leaders was orderly, God-ordained, and blessed for the next stage in salvation history.

To that end, Outreach Israel Ministries continues to mature and pass along even greater responsibilities to the next generation, with the development of Messianic Apologetics several years ago. It is our profound goal to continue in our ministry efforts as a team dedicated to serving the Messiah Yeshua and His heart to bring people to Him, be they Jewish or non-Jewish. But because our emphasis has been amongst the Jewish contingent, we pray that as the One New Man, Jew and Gentile. come together in ever increasing unity, that our voices will continue to be heard as balanced, scholarly, loving, and wise counsel. Your prayers and financial support allow us to add to the conversation, and for that, we are blessed. May the Lord bless you and keep you, may His face shine upon you and give you His shalom!

How do we learn to speak with one another, while still confronting the issues of the day?

Messianic Apologetics: Addressing the Theological and Spiritual Issues of the Broad Messianic Movement

I remember watching this live!

34 years ago - we all were watching in school.

I guess all the Flat Earth people think that the Challenger disaster was a false flag event? #FlatEarth #Challenger #SpaceShuttle #Messianic #Apologetics

New McKee Moments and Mac Attack are coming! You are not discouraged from suggesting topics. #Messianic #Apologetics #theology

Protestantism has the luxury of denominations, because it has the greater numbers. The Messianic community does not have the numbers or the luxury of thousands of individual factions. Think Jewish. #Messianic #Apologetics

Addressing the Theological and Spiritual Issues of the Broad Messianic Movement